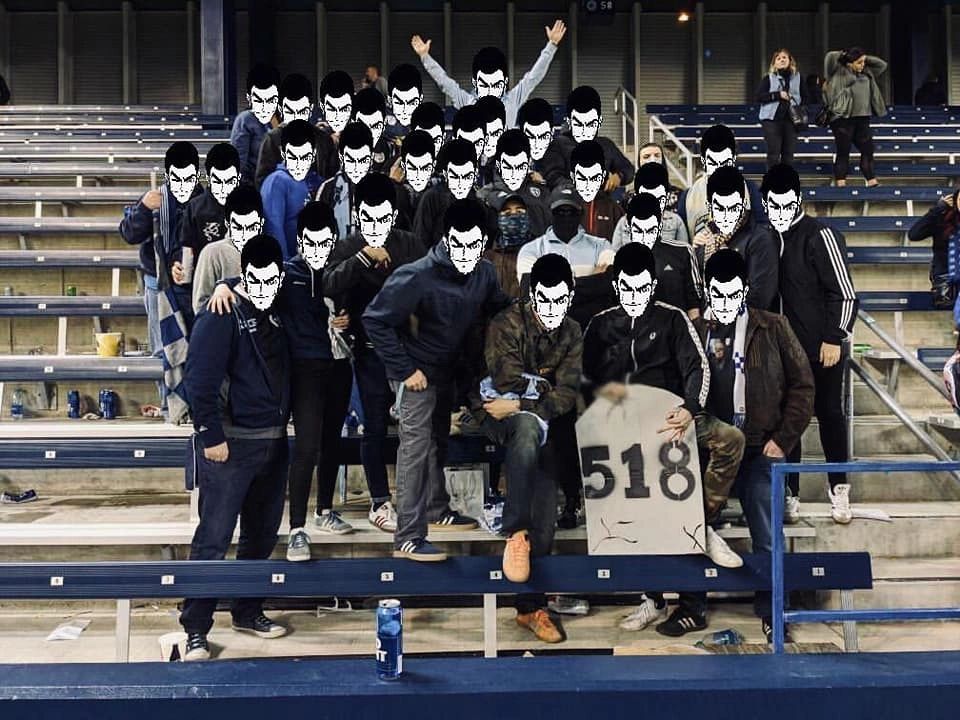 Fountain City Ultras (FCU) [USA, Kansas City KS/MO] was formed in 2012 by a small group of like-minded friends from the local punk/skin music scene to support Sporting KC (SKC). FCU has grown, with members composed of all races, genders, creeds, and affiliations. Inspired by anti-racist/anti-fascist Ultras Groups from all over the world, FCU looks to incorporate those principles and values while also bringing their own traditions and culture to SKC.

Fountain City Ultras are staunchly anti-racist, anti-homophobic, and actively oppose all forms of bigotry and discrimination. All that is asked of our members is that they support the club the full 90’+ no matter the results, are active in making their community a better place and are willing to take a stance against hate and intolerance.

FCU works with multiple local and national charitable organizations. We host year-round events such as shows, watch parties, and charity events/fundraisers/cookouts.  Independence and self-determination are key fundamental ideals both on and off the terraces. FCU will always continue to stand in solidarity with all people struggling for their right for self-determination.

Internationally, FCU is a member of the Rebel Ultras network and Alerta Network.

Charities and Outreach. FCU works with, or has worked with:

We've collected personal items and donations for members of our refugee community through organizations including Jewish Family Services.

We raised money to support a local charity that works with Veterans causes including "tiny" homes for homeless veterans. Veterans Community Project.

We collected thousands of bottles of water to hand out to members of our community and also donated to local charities.

Causes including refugee resources, DIY political awareness, political prisoner solidarity including a member of our KC community (including Eric King - click to donate).

Sporting KC's Charity - An initative from SKC that unites players, staff, and fans to help children battling cancer - and all of life's challenges. The Victory Project

We collected and made donations, giving presents to children during the holiday season. Toys for Tots.

We host weekly (as permitted) pick-up Futsal Games. These Futsal Matches are a wonderful way for us to connect with our community, and have a little fun. For info, find us on Facebook!